A bit strange that with a 4 by 46 foot raspberry  hedge, I’ve never made jam. My mother-in-law makes so much jam that she supplies us year-round. Our dependency is so acute that Rowan once started crying inconsolably because we ran out and he didn’t know we could buy jam at the local grocery store.

Anyway, we’re in high raspberry season so I thought I’d give it a shot. Result: easy and delicious. I mostly followed this recipe, but cut back on the sugar and added the fresh herbs. 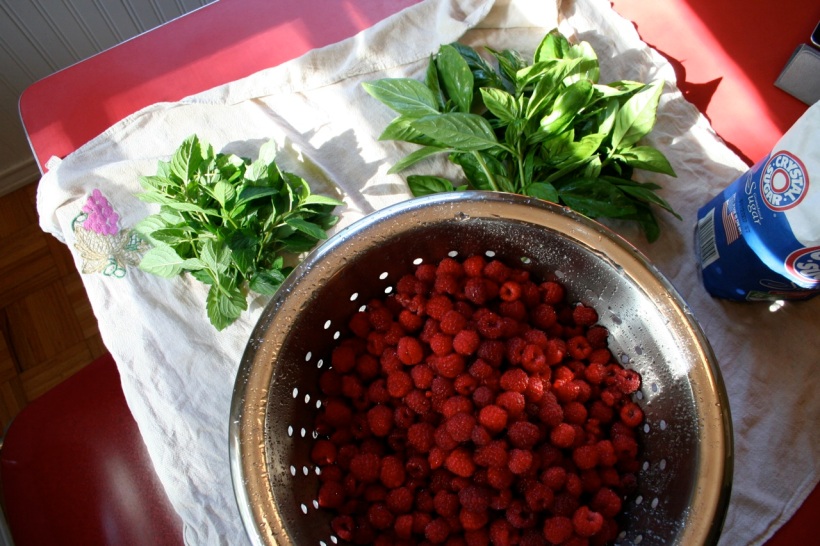 The ratio of sugar to berries here is roughly 3:4 so adjust your amounts according to how many fresh berries you pick. Next time I make this I am going to try for even less sugar, maybe more like 1:2. 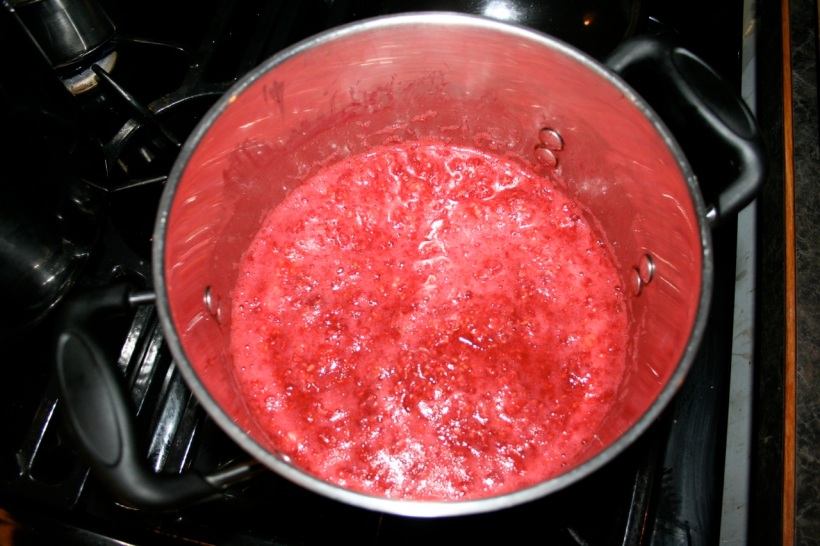 Bring the berries to a boil in a large stock pot over medium-high heat, stirring frequently and mashing them as you go. Boil one minute, then add sugar. Return to the boil, turn down the heat a bit, and continue to boil, stirring relatively frequently.

Now. The recipe I was following said to heat up the sugar in the oven. I disagree; the sugar got really hard and difficult to handle.  The recipe also said that the jam would reach “gel” stage after 5 minutes of boiling. For me it was just shy of 20 minutes. I assume this was due to the lowered sugar amount. 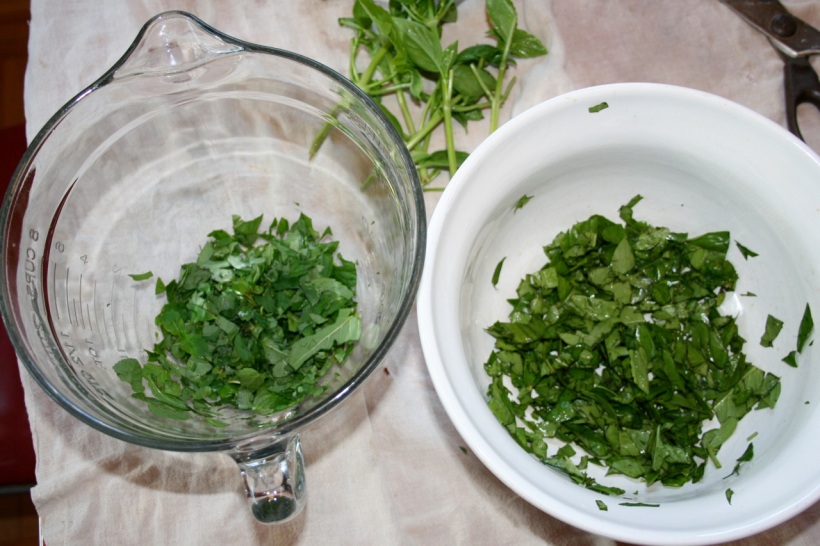 While your jam is boiling away, chop your herbs.  I used a healthy 3/4 c. each of chocolate mint and basil.

When the jam reached gel stage — I followed the original recipe’s advice on how to tell — I poured half into each of the above bowls, gave it a stir, and ladled/poured it into clean, sterilized half-pint jars. 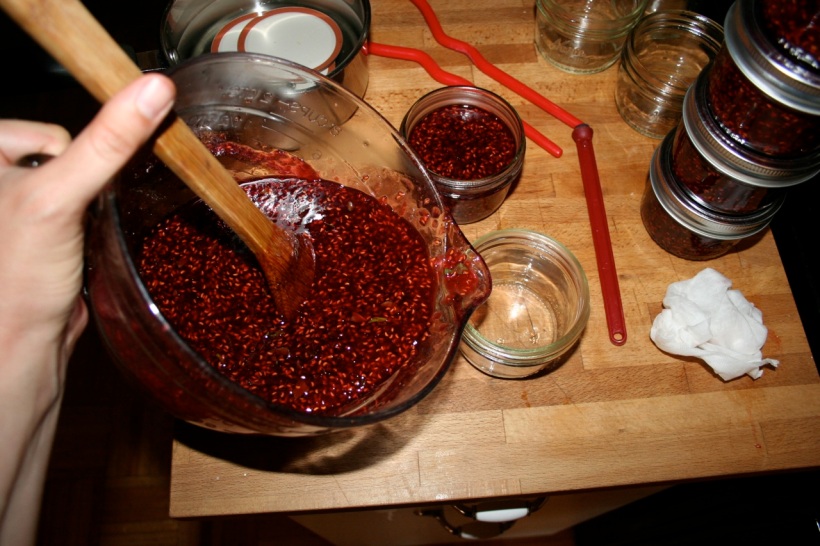 I found this to be easier with the mixing bowl that has a handle and spout, but a ladle works OK too.  I canned them in a hot water bath for 10 minutes. 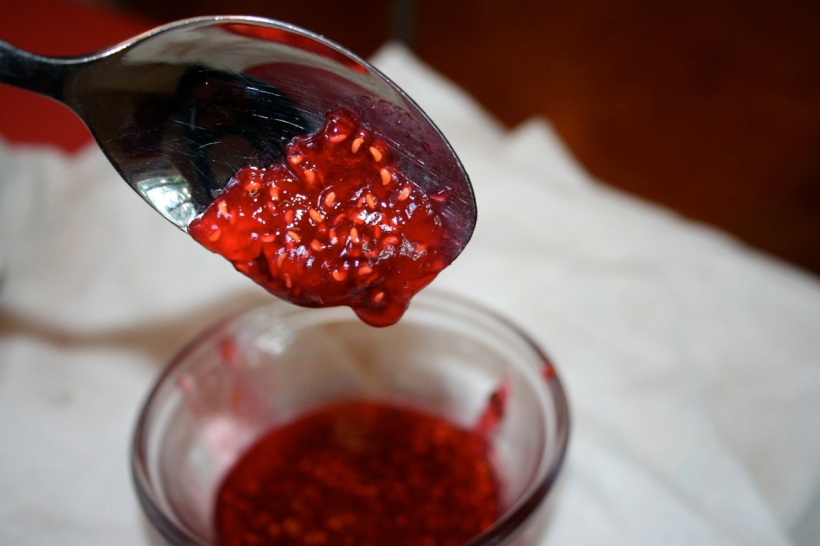 There you have it. It set up even better after having a chance to sit out overnight. I’ve sampled both and can’t decide which I like better.  I will only say that the raspberry-mint seems like a good ice cream or chocolate zucchini cake topping while the raspberry-basil is going on either toast or polenta porridge.  Either way, good stuff and I’m glad I tried it!

One thought on “Raspberry jam with extras”