It’s all starting. I planted my snow peas last weekend, but that was about it. I had to take time off work this week to stay home with my spring break kids, so I accomplished a lot in the garden. Today, I put in my onion starts—I buy them at Mother Earth Gardens. Yes, planting the thread-like baby onions is a little tedious, but on a glorious partly-cloudy 60 degree morning, well, I guess it depends on your level of tolerance. I was just happy to be out planting and it was soon done.

I also planted some radishes—they weren’t part of my garden plan for this year because for the last several years they’ve performed so dismally for me. But I was staring at the garden on Thursday (true story), and I realized that I have a month (at least) before I could plant tomatoes. Radishes are supposed to take around 30 days, so I decided to try them once again, but this time at least two weeks earlier than I’ve ever planted them before. They like cool, rainy weather, so fingers crossed that this time I’ll see radish success. I planted them precisely where I plan to plant tomatoes. Will this work? We’ll see. 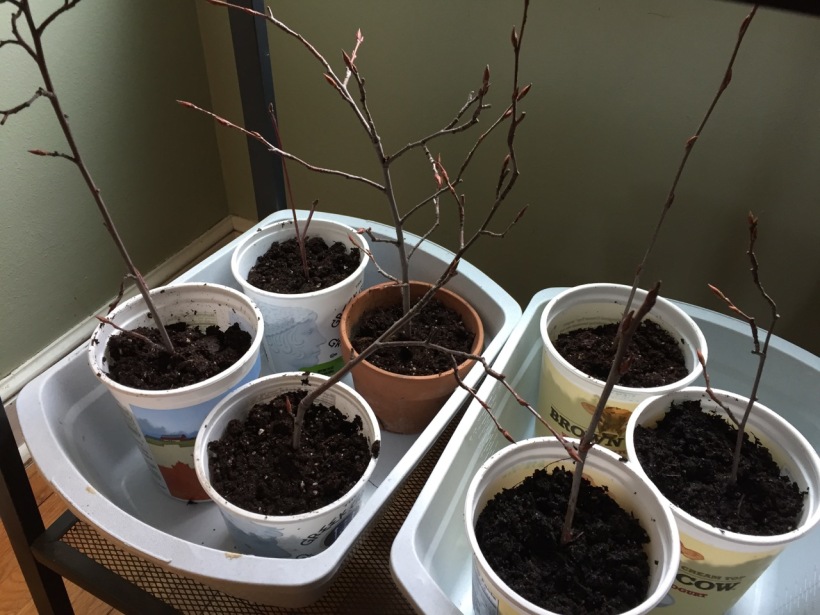 Anneke and I also attempted some propagation this past month or two. Here are several branches I trimmed from our serviceberry. Adam is keen on adding all kinds of native shrubs to his family’s hunting land, for deer, turkeys, and other game animals to munch on. After starting this experiment, however, I read that in order to propagate shrubs like this you need to trim off an actual sucker with roots, not just a branch. More details on propagating serviceberries can be found here. I’m going to try starting some from seed this summer! So even though this was a fail, we learned and we are now attempting to propagate one sucker that I was able to find.

In other disappointing news, our Sabathani community garden is in trouble. Plans to build a new senior housing complex right next to it mean that, best-case scenario, our garden will be closed for an entire year starting this fall and re-opening in spring 2019. Worst-case scenario, the space will only be available on a very limited basis to residents of that complex. Everything is very much in flux right now and I won’t be able to move forward with my food forest idea for at least a couple of years, if ever. Maybe that’s OK though. I do take on more than I ought. 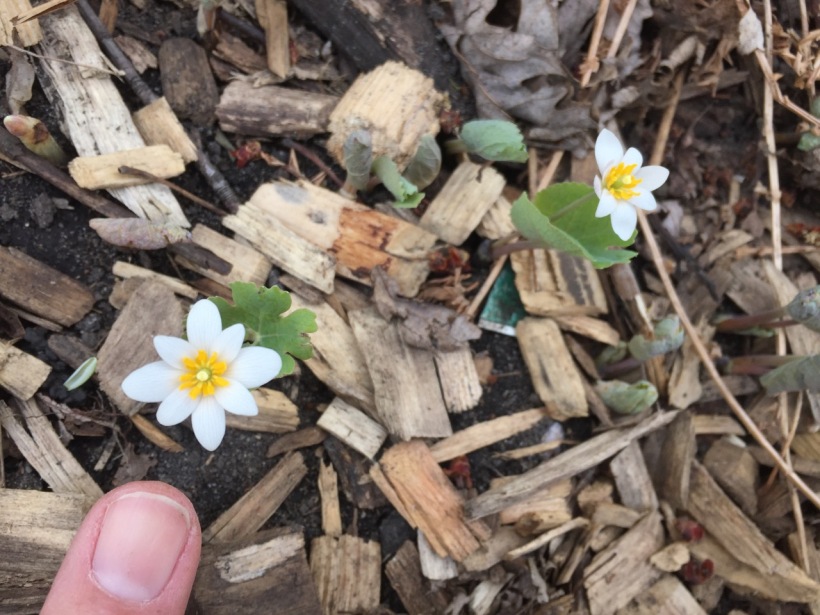 The first bloodroots of 2017 opened up in my yard today. Aren’t they sweet! That’s my thumbnail for size reference. They do sometimes get bigger than this, but not much. I will be interested to see if I can spot any pollinators on them. I’ve seen a couple wasps and quite a few boxelder bugs flying around, but that’s it so far. 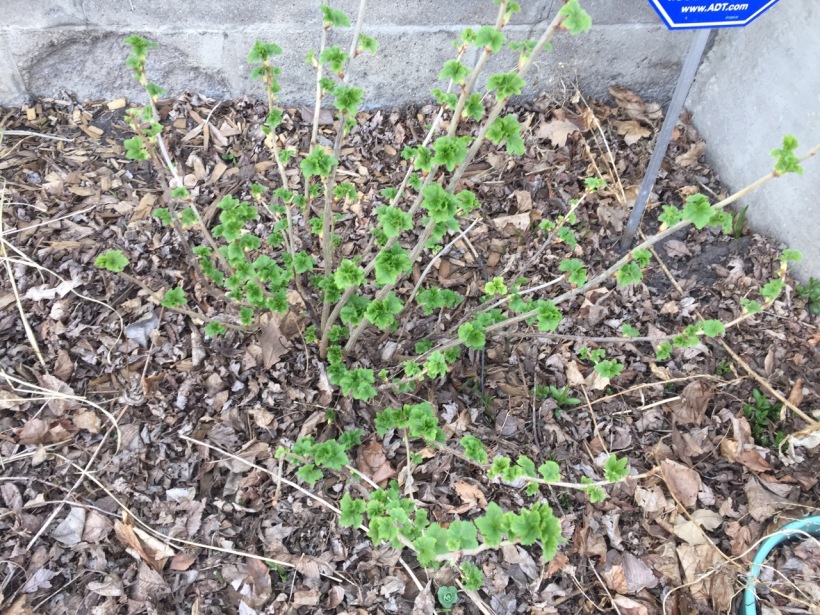 As of today, my Red Lake currant bushes (one of them pictured, top) are barely doing anything while my Ben Sarek black currant bush (pictured, bottom) is almost leafed out. It’s fascinating how different varieties of the same plant will behave.

We’ve been eating soil sprouts all winter long, and I really don’t see any reason to stop growing them now that spring is here. I want to try mixing things up, and growing 5 trays of pea shoots, for example, and stir frying them. I really enjoy doing this and highly recommend the book—Year-Round Indoor Salad Gardening. Pictured are some radish sprouts; we used them as a topping on black bean and sausage soup.

What’s happening in your garden so far? I can’t remember ever getting going as early as I have this year, partially due to having such a mild winter.