I have a gardener friend named Marianna. She gave me permission to photograph her beautiful garden last summer and I’ve been saving the photos to share during the bleak midwinter. Without further ado:

Poppies are a unifying theme in Marianna’s garden. She lets them reseed every year, and they wander around. She also harvests the seeds each fall! One year she harvested a full quart of poppy seeds. Impressive.

Another theme is doorways or arches. She uses them to great effect to transition between different rooms or areas in her yard. This one borders the front sidewalk.

Here’s another on the south side of her house. Many of the arches support clematis vines.

They lend a sense of mystery and wonder as you transition from one space of the yard to another. 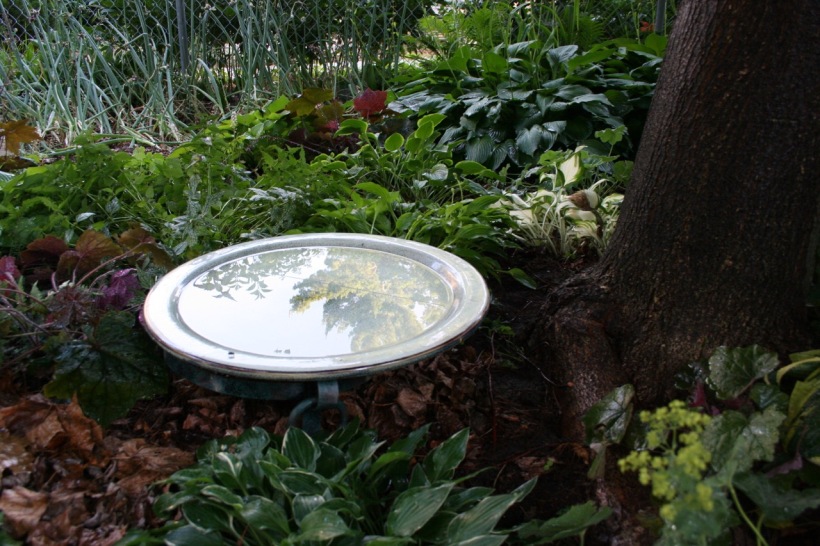 The paths and small patios are a mixture of flagstone and landscaping bricks. 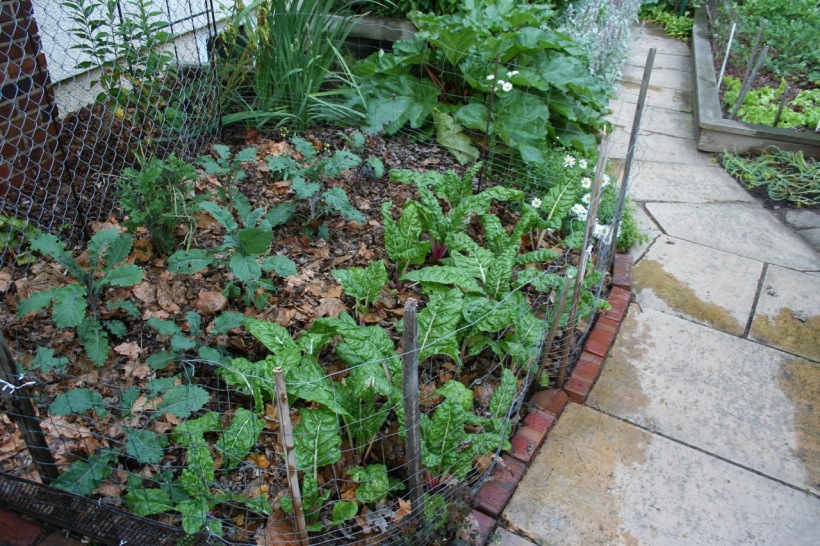 She has a few small vegetable and herb beds scattered in sunny spots of the front and side yards, including this one for chard and kale. Each one is fenced for rabbit protection, and all her beds are mulched deeply with leaves.

Edible perennials such as rhubarb are also included.

I love this solution for containing a small bed of Egyptian walking onions (which are edible but spread aggressively). This little patio in the front is bordered by an herb garden on the left and a clematis-covered trellis at the back. The path on the right leads to the neighbors’ yard.

Practical features like a clothesline are not forgotten in the design. 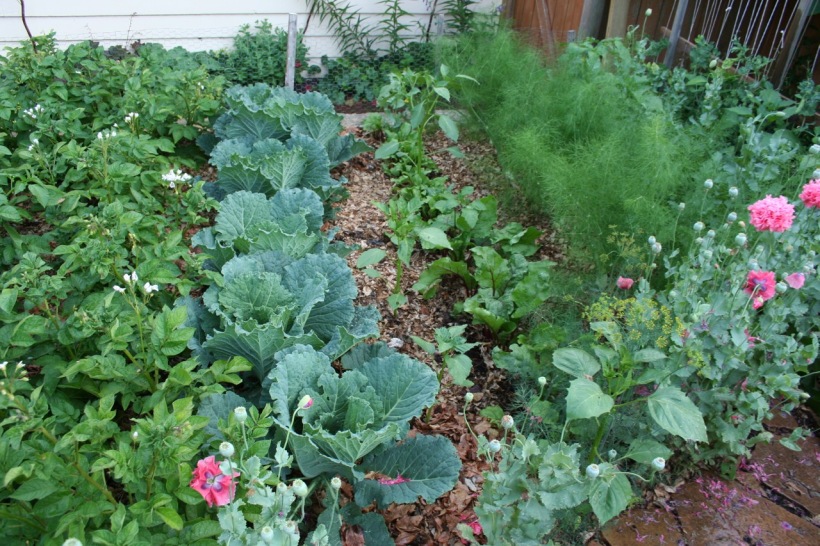 Her back yard features a large sunny vegetable patch, with poppies running through it and around its edge. 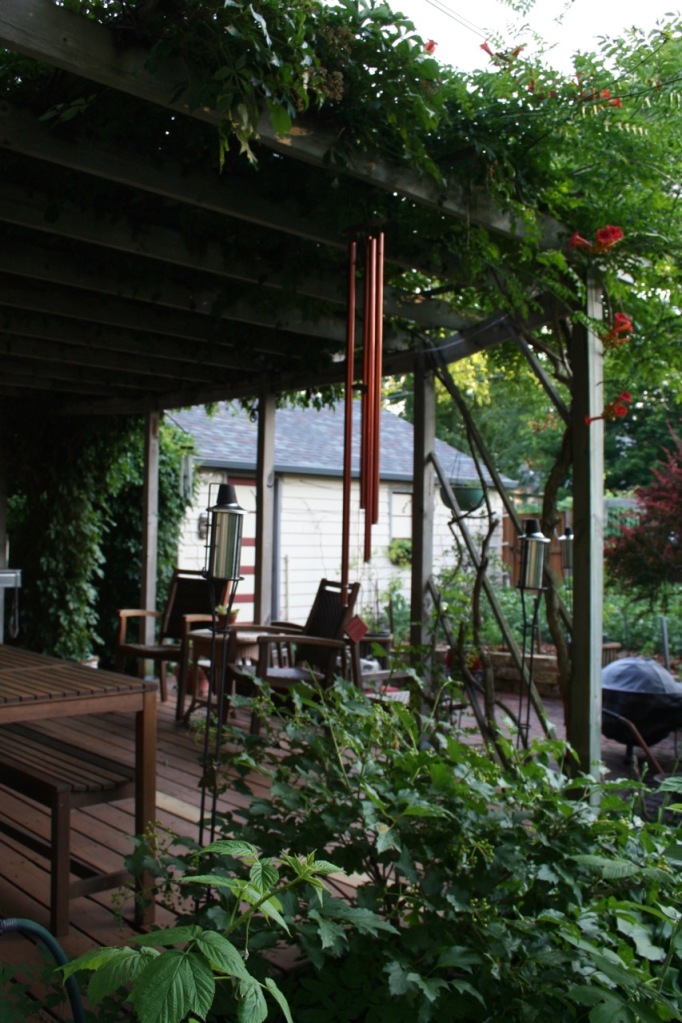 She can look out on her vegetables from her back deck, which is attached to the house and deeply shaded by vining plants.

Leaving no space unused, she grows raspberries along the north side of her house. I’ve also had success with raspberries on the north side. They are somewhat shade-tolerant, and they get plenty sun at just the time they need it in early summer. In the fall and winter, they are in total shade, but at a time when sunlight isn’t as critical for them to thrive.

Another way that Marianna has inspired me: she scatters potted citrus plants around the sunny areas of her yard. I keep expanding my potted citrus universe to the point where we had a hard time finding spots inside for everything last fall when it was time to bring them in. 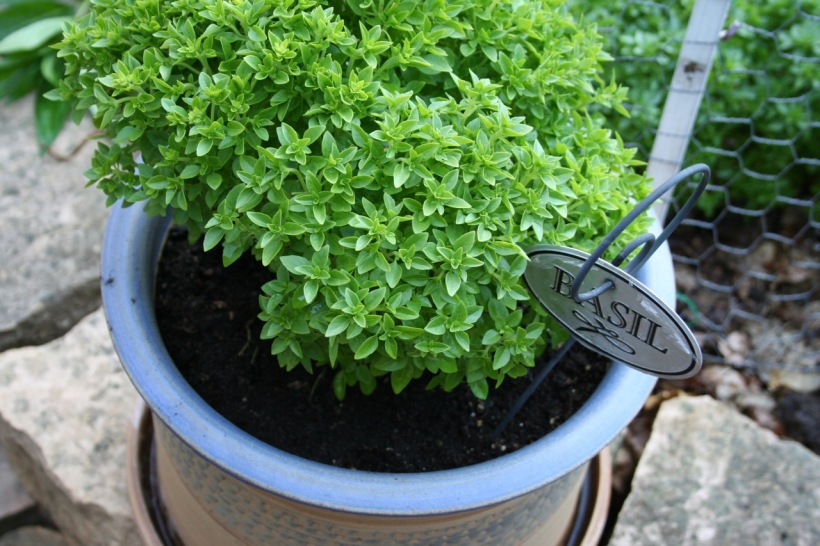 I love Marianna’s garden, and it has inspired me so much. Some takeaways that anyone could apply to their landscape:

First, think about your hardscapes. By careful planning, Marianna has beautiful hardscapes that function very well for her, even beautifully framing something as practical as a clothesline.

Secondly, think about rooms, and transitions between rooms. With doorways between different areas of the landscape, Marianna’s garden has a sense of mystery and movement—you are drawn through it, wondering what’s around the next corner.

Thirdly, all of this was achieved in a tiny Minneapolis yard. You truly don’t need a ton of space to create something magical.

I would love to add some arches to my garden in 2017. We’ll see how much I can get to… that probably is the final lesson here. It takes time to achieve a landscape at this level, especially if you’re doing it yourself. She’s been at it for 20+ years, and her time investment shows. I’ve only been gardening in my yard for ten years, so imagine how much I’ll have done in ten more. It’s definitely a journey.

Thank you for letting me photograph your garden, Marianna!