We’ve had such a long, warm, glorious fall here in Minnesota that time got away from me. Suddenly I realized that it was nearly the end of October. Time to get to work! 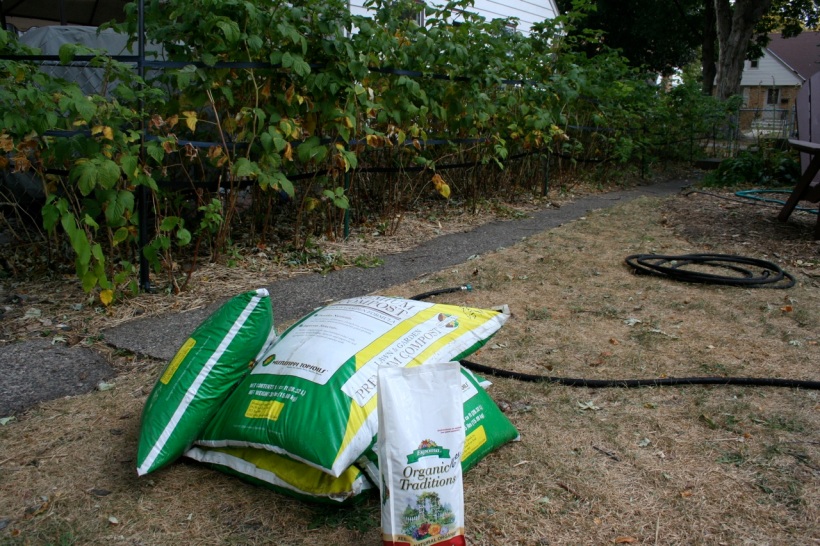 Here was one small accomplishment for early October: my raspberries needed a little TLC. Our raspberry harvest this year was 1/4 of what it was in 2010. This was partially due to the weather — we had a horrendous July in which the weather was evenly split between torrential rains and tropical heat/humidity levels. But I also haven’t amended the soil underneath the raspberries at all since Adam planted them in back in 2007 (I was 32 weeks pregnant with twins, so it was all him).

So to give them a little bit of care and feeding, I bought a bag of blood meal and topped it with 4 bags of compost. This was enough for approximately half of my raspberries.  I spread out the blood meal as best I could — that stuff’s expensive — and got compost out of my own compost bin for the other half.  There’s a little more square footage there than I always think. 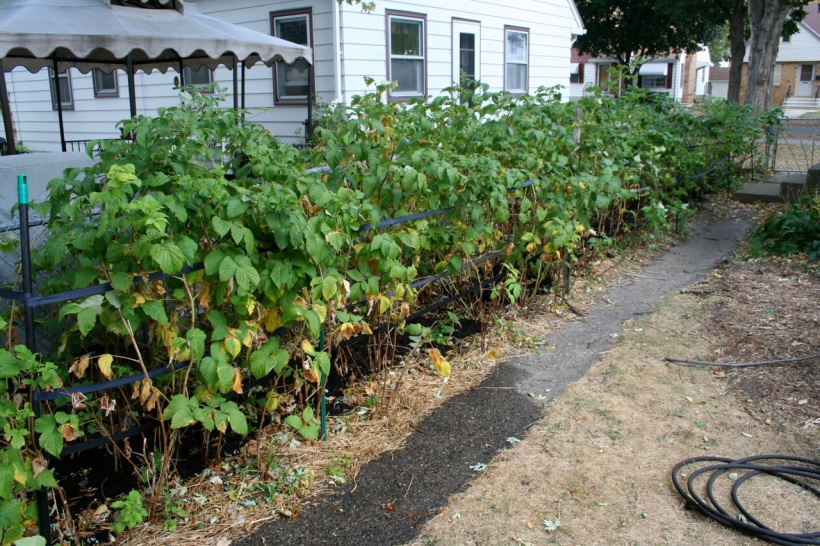 I then gave them several good waterings over the next couple weeks — as you can see our lawn was (and still is) completely dead. It is very dry here right now.  Now this week our maple tree unleashed all its leaves, so we are piling them at least a foot deep on the raspberries.  Leaves are mother nature’s free mulch — don’t waste your time and energy bagging them when they could be protecting and nourishing your plants!  Hopefully 2012 will be a better raspberry year. 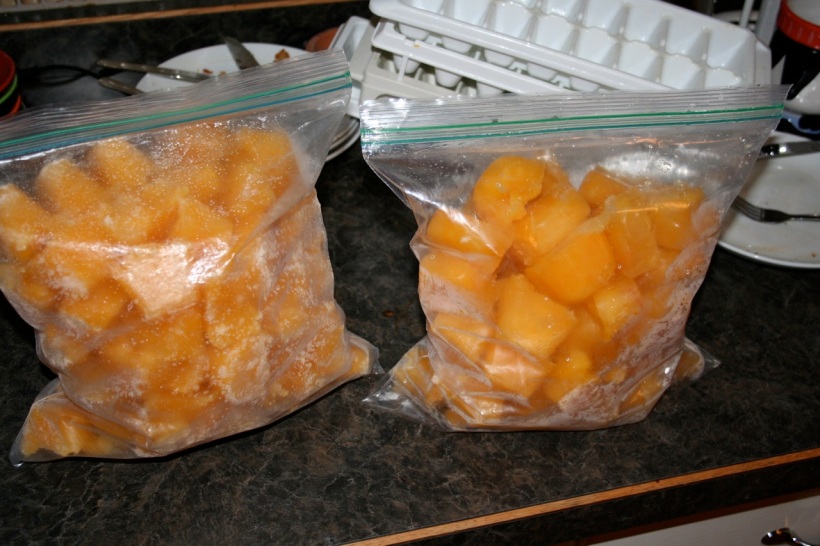 It wouldn’t be fall in our kitchen without a couple bags of pumpkin in the freezer. Here’s how we do that. 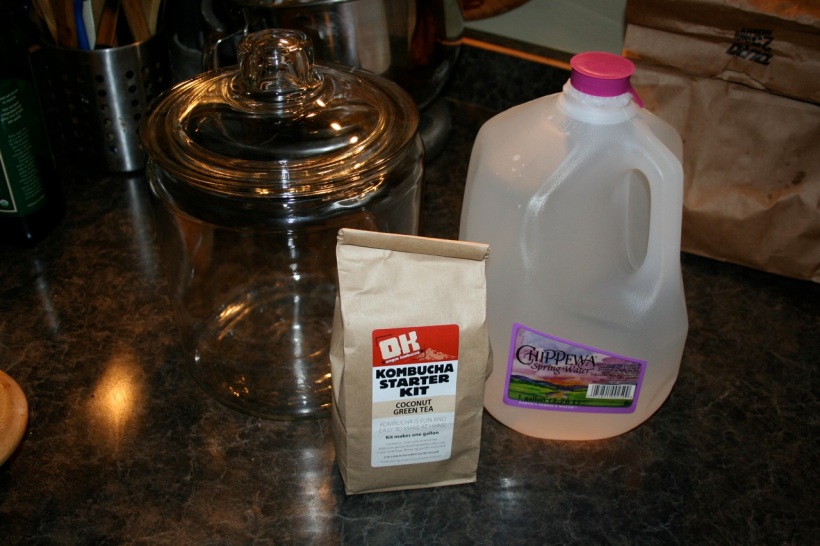 I am also brewing my very first batch of kombucha! I’ll let you know how that goes — should be ready around Thanksgiving. 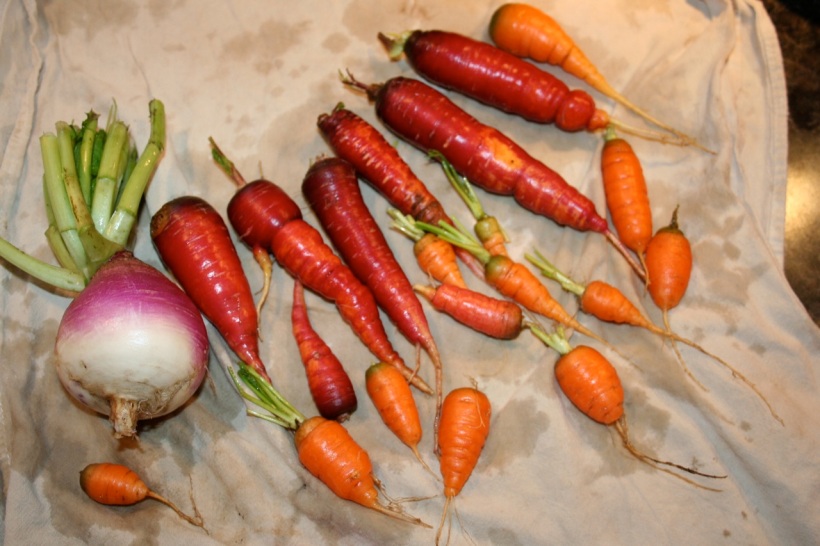 The other day I went out to see if there were any carrots left in the garden, found a whole soup pot’s worth, plus a bonus turnip. 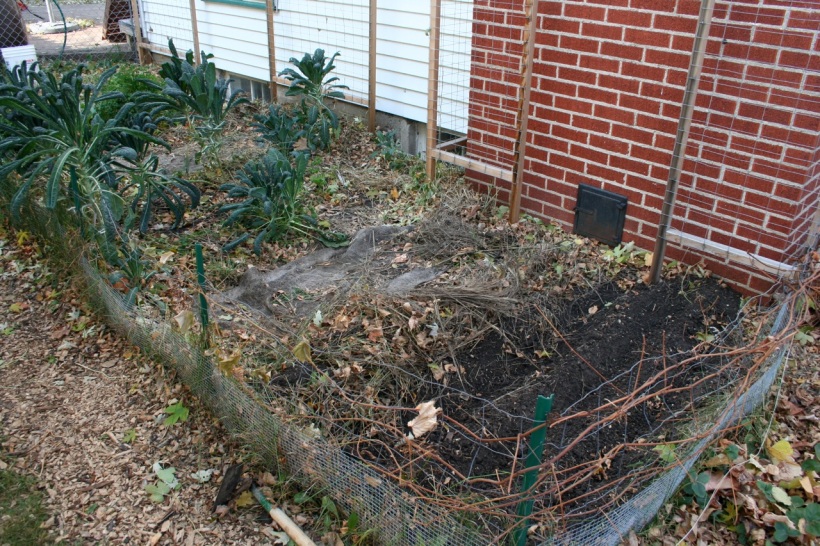 I finally got around to planting my garlic yesterday. Unlike last year, I have not the faintest idea yet how I want to structure my garden for next year, so I just threw these in on the far east (right) side, three rows all in a row.  I am definitely going to regret not giving this more thought, but at least they’re in. 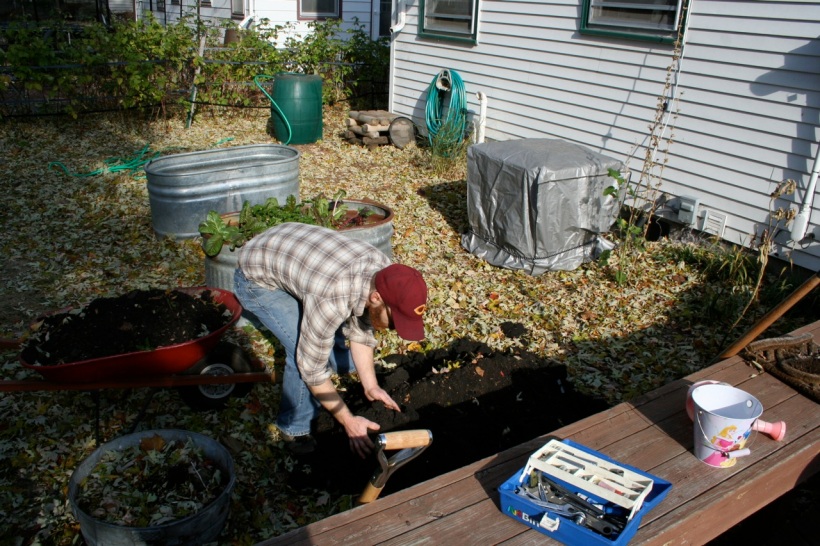 Final task: getting our third stock tank into place for our back yard garden. I received two of them as birthday presents this spring from my parents, and a few months later I found a really nice third one to add for next year. Aesthetically, we really needed three of them to complete the landscape I am envisioning.  Poor Adam had to shovel most of the dirt out of Rowan’s tank to move the new one into place — since it’s larger, it looks better in this larger area of the garden. But it didn’t take that long in the end. 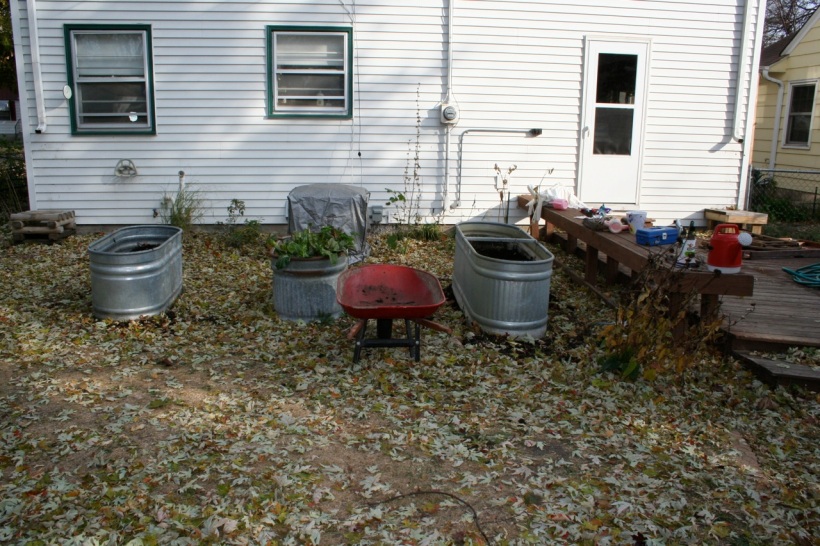 There you have it, two small and one large tank in place and ready for next year. The middle one (Anneke’s) is still FULL of swiss chard, going strong. That along with parsley and kale in the regular garden means we might have a couple more weeks yet of from-the-yard food. In November! Amazing.

We’re also going to build a hoop-house (something like this) this winter to put on top the largest of the three tanks — it creates a mini-greenhouse and means we could be eating lettuce and baby greens in April or May instead of June.  Yes, please!

2 thoughts on “A few final garden chores for the year”

Let’s play...identify that wildflower seedling. I was really bad at this when I first started gardening with native plants. And they move around so learning to identify them makes your life a lot easier.
Refreshing. Spring came just when I needed it most. #nokomislife #northerngardener #urbanpermaculture #gardening #springinmn #mplslove
My magnolia started blooming today! Fortunately it’s just a handful of blossoms, not the whole tree. We have severe weather expected tonight so this pretty handful of blossoms might be gone tomorrow. #heretodaygonetomorrow #magnolia #northerngarden #nokomislife #mplslove
A great Easter evening: planted lettuce in the hoop house, planted leeks and potted on the extras (in Mpls and need some?), drank rosé with my white legs in the sunlight, roasted peeps by the fire. 😆 Happy Easter! #springinmn #nokomislife #seedstarting